Brogues – a classic touch of elegance

Everyday activity compels us to make good choices also in terms of our shoes, as we seek impeccable comfort and superb appearance. In today’s post, I’d like to praise shoes that embody the mentioned advantages – owing to which, their design remains immortal. 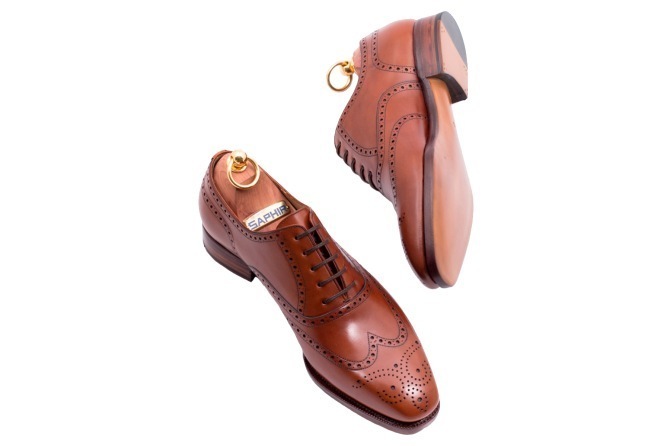 Will it be an abuse to say that brogues are the most universal shoes? Well, all men aspiring to become a snappy dresser or a dandy should own a product whose definition of elegance goes beyond what’s obvious. The possibility to choose the target look of shoes is really diverse. Thus, men who like quite different styles will be satisfied with this particular model. In smart casual outfits, characterised by a unique style, brogues will be undoubtedly a finishing touch.

The historical background connected with brogues transpires to be extremely intriguing! It often happens that great ideas are brought to life in unusual contexts – and that precisely makes them exceptional. Well, the origins of the prototype of these shoes are attributed to the Irish and Scottish crop workers. They had to strive against difficult working conditions with the help of leather shoes. The hard work was damaging the footwear. Hence, additional leather layers were added in the toe and heel areas to counteract the wear. The British Isles are characterised by the presence of wetlands that considerably decreased the wearing comfort of the shoes. A recipe to this situation was making holes in areas where the leather patches were sewn together. Practicality – a sought-after feature back then – won. 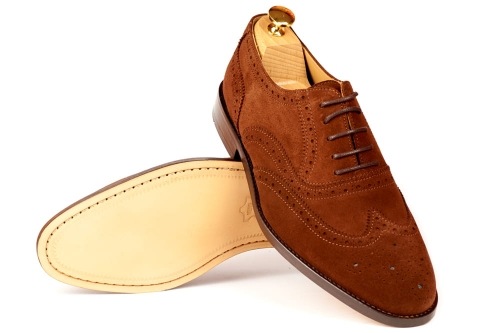 Of course, the purpose of these shoes evolved after some time. Brogues were so practical that they were also worn with great pleasure by the British hunters. The progress in the perception of these shoes brought an unexpected outcome that made their initial purpose obsolete. Men looking for uniqueness of their outfits ordered openwork shoes made of soft and elegant leathers at their shoemaker’s. That was precisely when the strictly aesthetic values won over practicality.

The beginning of the 20th century is a significant period of time. It was when brogues enjoyed great popularity as sportswear. The stars of the broadly understood contemporary celebrity world, such as Cary Grand or Fred Astaire, took a special liking to this footwear. The name of the shoes comes from the Irish language where brog means heavy work boots. The term broguing also has to be mentioned as it defines the decorative perforations. 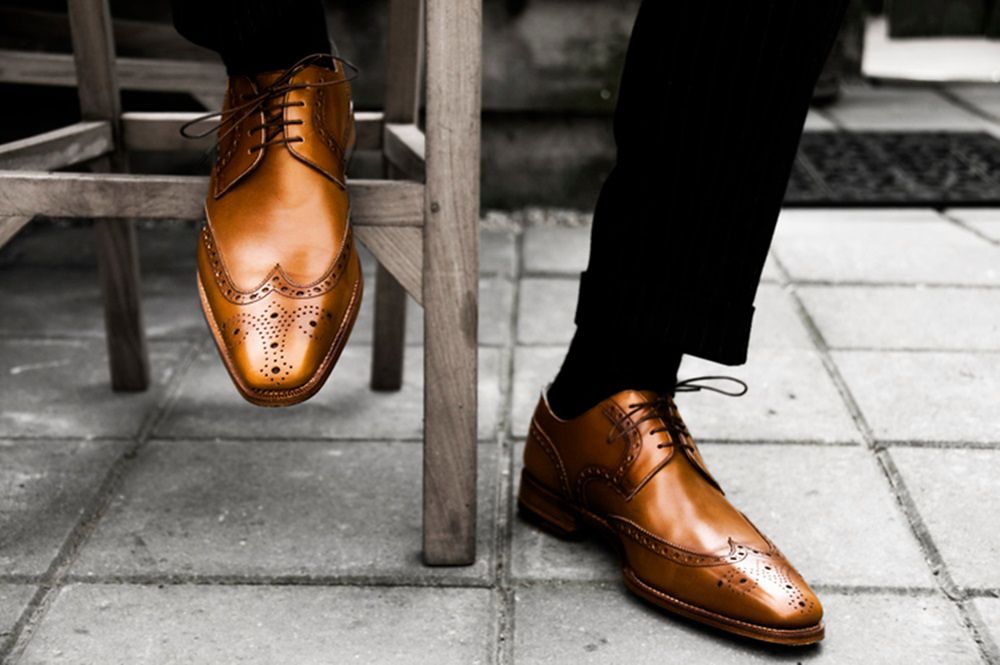 The common denominator of all brogues types is the decorative perforations, known as broguing, located along the leather area that creates the upper. While talking about it, I need to highlight that there are two popular broguing forms – lyra and rosette. The main advantages of broguing are highlighting and ornamenting the stitching or the shoe tip. The ornament running along the stitching is known as lyra perforation. The described embellishment type consists of two small holes located on top of each another, with a larger hole at the top. This pattern is connected with the size of the hole and not with its shape.

Rosette perforation is, on the other hand, directly connected with the broguing at the tip of the shoe. It consists of large and small rows of holes. Shoes that rank high on the formality spectrum, such as Oxford shoes (with a closed instep), appear in a softer version thanks to the broguing. The appearance itself is very extravagant, but in my opinion unstudied and adding finesse.

The perforation is enriched with variants that grade the number of ornaments. To my mind, the most popular type of full brogues is a version with all the characteristic elements, including the serrated edges, ornamental perforations, a perforated medallion shape on the shoe tip, and a cap toe with extensions (wings) running along both sides of the toe. Semi-brogues have a regular cap toe without any wings. Also, quarter brogues have perforations along the stitching but no perforations on the shoe tip. It’s worth mentioning that the edges are frequently not serrated. One of the fundamental principles defines the formality of the shoes. It is in nature dependent on the number of ornaments.

Brogues offer variations that are worth mentioning: 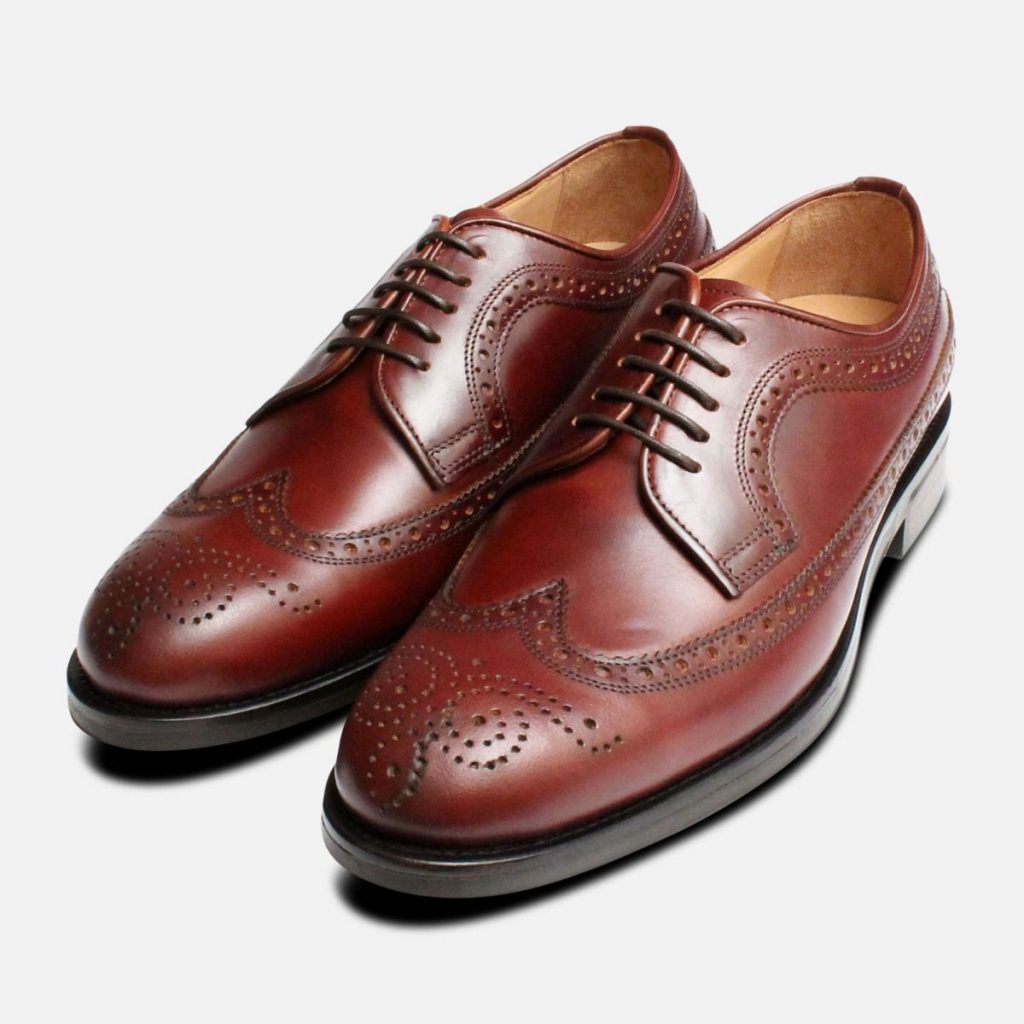 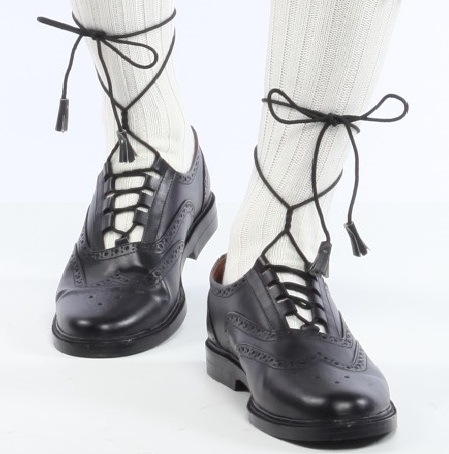 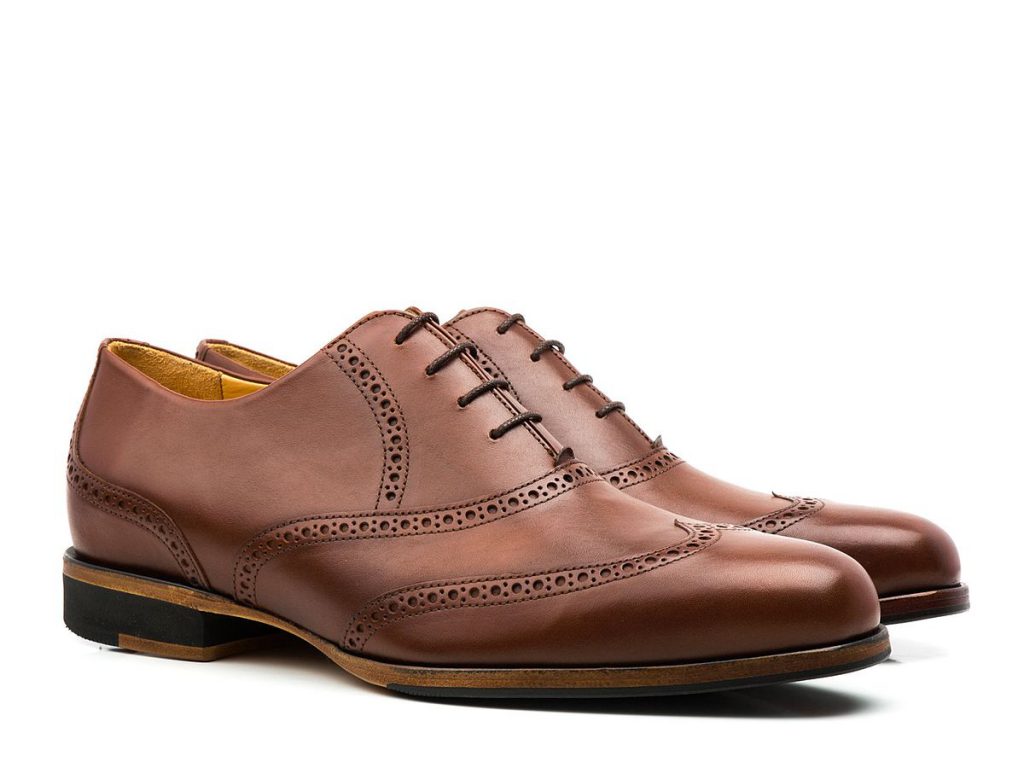 BROGUES – WHAT OUTFITS TO MATCH THEM WITH?

Brogues are shoes that will match casual style. The most popular and universal colour of these shoes is brown. This type of footwear can be easily paired with jeans and more elegant sets. Personally, I think that brogues wonderfully complete woollen trousers in grey or bottle green. In the winter time, I’d recommend a set that is adjusted to the weather behind the window – one that is based on flannel or tweed.

Half-brogues look decently in black, so they can be matched with a suit. To sum up: remember that the lighter the hue and the greater the number of ornaments, the more appropriate the shoes for less formal smart casual sets. An interesting alternative is the use of suede that will excellently buy its way into the autumn/winter aura.