Men’s hat – a relic of the past returning in style

A men’s hat is the part and parcel of classic elegance, sent into oblivion in the times of the deep Communist regime. Today, it’s coming back in style! In today’s article, I’d like to present a few men’s hat styles that stole men’s hearts in an exceptional way. 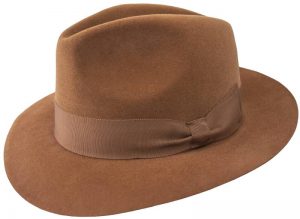 Fedora – the most common hat type invented at the beginning of the 20th century. It is characterised by a concave lengthwise crease down the crown and pinched sides at the front. It has a slightly up-turned brim at the back and a down-angled brim at the front. Some call fedora: borsalino. That’s a misnomer, as Borsalino is the name of an Italian hat manufacturer – known worldwide. In the world of fashion, a similar situation can be observed with a hook-and-loop fastener that is often referred to by the genericized trademark Velcro. A fedora was a choice of many famous personalities, but it definitely had its most memorable performance as Indiana Jones’s headwear. 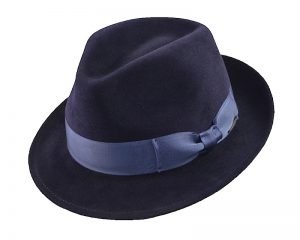 Trilby – is essentially a fedora, but with a narrower brim and a slightly lower crown. Often, the front part is slightly more angled down than in a fedora. These types of hats were more frequently manufactured with the use of other materials than felt, e. g. from tweed. A famous trilby fan was Frank Sinatra. It can also be often spotted in its contemporary version on Justin Timberlake’s head. Sean Connery in Indiana Jones and the Last Crusade was wearing a tweed trilby with a brim that was unnaturally angled down. Such a trick was supposed to add him a comic character. And it did, indeed. 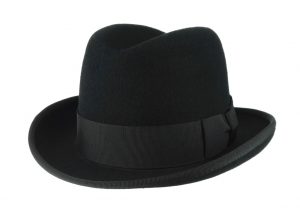 Homburg – already known in the 19th century, but popularised in the 20s of the 20th century. Its distinctive feature is a single dent running down the crown, but it doesn’t have (unlike a fedora) pinches at the sides in the front part. A rather narrow brim has a “pencil curl” and a hatband ribbon. King Edward VII wore it with great pleasure. In Poland, it will be remembered as a headwear belonging to Stanisław Anioł – the landlord on Alternatywy 4 in the iconic TV series created by Stanisław Bareja. 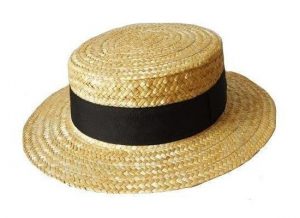 Boater – it made its first appearance in the second half of the 19th century and initially was worn by both men and women. It wasn’t until the 20th century that the boater became a typically male headwear piece. This straw hat is characterised by a low flat crown and an inconspicuous brim. The most famous person who wore it was Maurice Chevalier, a French singer. Boaters (most often with a red ribbon around the crown) are a headwear worn traditionally by gondoliers in the city of Venice. That’s precisely where it got its English name. 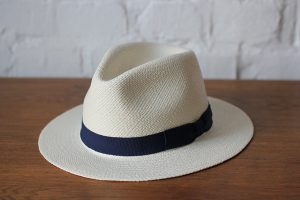 Panama – is not a separate hat type. The only element that sets it apart is the manufacturing fabric. The hat is made from the leaves of a palm-like plant, known as Carludovica palmata, growing only in South and Central America. Contrary to what the name might suggest, a panama hat comes from Ecuador. The hats are hand-woven, and their quality is dependent on the density of the weave. At times, they reach exorbitant prices of up to several thousands of dollars. A panama hat can be any of the above-mentioned men’s hat types, but also a specific type called optimo.