Browsing through the old photos, I feel nostalgic. At such times, I think about what’s past and will never come back and that we’re left with an appetite that will never be satiated. I hope that my concerns are unfounded and we will derive what’s best from our history.

A man’s life is a never-ending rush with an aim to fulfil the most ambitious of objectives. In this hectic life, the paramount place is taken by women who propel us to action. The more beautiful portion of the blog readers will surely feel a slight dissatisfaction as I have lately treated female elegance with inadequate attention.

Today, I’ll try to redeem the guilt and present the style of a woman who has made her way into the widely understood realm of culture and art and stayed there for good. Pola Negri – an effervescent woman, who hasn’t failed to electrify and fill us with the need for beauty up to this day. I could speak in that manner for long, but it’s time to move to the crux of the post.

The protagonist of my post was really Barbara Apolonia Chałupiec. She was born on 3 January 1897 in Lipno in the Dobrzyń Land. Right after her father was arrested by Russians in 1902, she moved with her mother to Warsaw. Pola’s outstanding talent was already discernible in the first phase of her juvenescence. Thus, her mother enrolled her in a ballet school, where she had her debut in Swan Lake in 1908. 1911 is a breakthrough year as she is admitted to a well-esteemed acting school. After a year, she has her debut as Pola Negri. Well, the acting pseudonym comes from an Italian poet who fascinated the young Barbara.

The first assessments of the acting artistry did not instil the young actress with optimism after she starred in Śluby Panieńskie [Maiden Weddings] by Aleksander Fredro. The majority of the opinions were radical, claiming that Barbara was lacking appropriate predispositions. The critical views only escalated the ambitions of the actress. When Ryszard Ordyński put Sumurun pantomime to the stage, Kazimierz Hulewicz recommended him his talented protégé. To my mind – this moment was a turning point in her career, allowing it to undergo a definite metamorphosis. The Sumurun pantomime was a guarantee of a place in the forefront of the Warsaw acting scene. It should be highlighted that at time she was only 17. 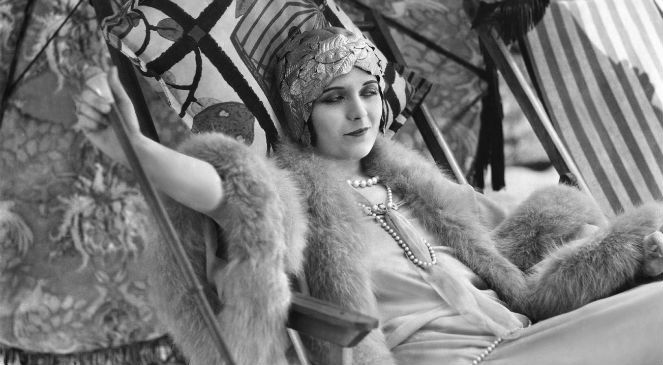 1914 is an exceptional year in terms of Pola Negri’s first steps in the acting world. She has her debut in Slave to her Senses by Jan Pawłowski, with a screenplay by Hulewicz. Owing to a series of ruffian dramas, she was hailed the first Polish vamp of the silver screen. The nickname, for the time, was controversial, but also gave the young actress the advantage of originality. After the onset of WW I and German occupation of Warsaw, Hertz’ movies made their way into the German market. The German press spoke with utmost recognition about Pola’s acting in Beast/The Polish Dancer (1915). She was even hailed the Polish Asta Nielsen.

The subsequent phase of the acting path is a relocation to Berlin. Ironically, the German cinematography is not ready right away to use Negri’s dormant talent. A breakthrough moment is meeting Ernst Lubitsch – a cabaret actor and star.  Ernst exhibited directing potential. His style was far from repeating obvious patterns that were dominating the contemporary cinematography. He was a very colourful personality. What distinguished him was an aesthetic sense. Many claimed that whatever he touched turned into pure gold. Over time, these skills were dubbed “the Lubitsch touch”. They allowed him to move to a magic place known as Hollywood. However, before that time it was our countrywoman who was making herself at home in this famous place.

Ernst Lubitsch, whom I mentioned in the previous paragraph, enabled Pola to leave Germany with such movies as The Eyes of the Mummy Ma, considered Lubitsch’s first masterpiece. The real career in the States started from Madame DuBarry that was ran as Passion. What’s worth mentioning is that Charles Chaplin, the acting scene idol, was charmed by the Polish actress. In the New York port, when asked by journalists about the interesting things he had seen in Europe, he said: “Pola Negri” without breaking stride. Negri came to Hollywood from Paris, where she was hailed the successor of Sara Bernhardt, in 1922.

Unfortunately, the first steps of her career in Hollywood were downright similar to the situation that had taken place in Germany. The contemporary Hollywood cinema was conservative and was unable to make of the European experience of our countrywoman. The image of a vamp triggered extreme emotions that significantly interfered with the progress of her career. The effects of professional stagnation were soon visible. Negri went into conflict with Gloria Swanson, contemporarily known as the Queen of Paramount. The diehard character of the actress resulted in Swanson leaving Paramount, but it didn’t blight Pola Negri’s bright future. 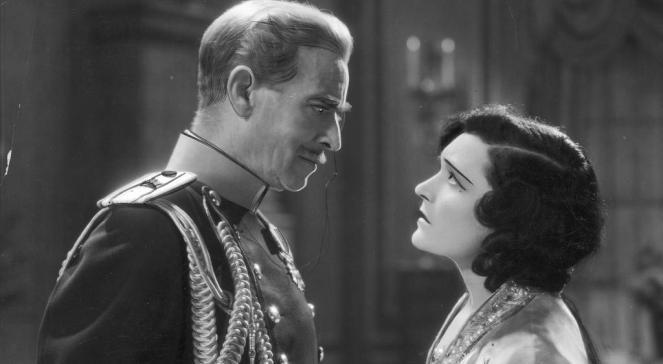 The situation came to an abrupt change after Ernst Lubitsch, who was brought by Mary Pickford dreaming about Negri’s metamorphosis, arrived in America. Unfortunately, the first movie on the US land – Rosita – turned out to be a total bust-up. Behind the scenes, people were gossiping that Lubitsch and Negri’s voyages around Hollywood would be soon a thing of the past. Fortunately after the fiasco that became lessons learnt, a time has come for Forbidden Paradise from 1924 which brought great splendour to both individuals. Subsequently, Hotel Imperial by Mauritz Stiller gave the actress a place in the forefront of Hollywood. It’s a pity, however, that the fascination didn’t last long! Pola Negri can be, without an exaggeration, compared to today’s celebrities that will do anything to be the talk of the town.

Pola Negri’s image didn’t correspond with the desires of American audience who didn’t approve of similar behaviours. The affair with Charles Chaplin was a topic which electrified the public eye despite the fact that he, as the person of interest, was adamantly denying the rumours.

In the summer of 1927, she leaves the USA for Europe to marry a Georgian prince, Serge Mdivani.

A BREAKTHROUGH IN CINEMA

A milestone in the cinematography was the introduction of sound which heightened the aesthesia of this medium with almost all human senses. In 1931, one year after the divorce with the prince, who appropriated a larger portion of Negri’s fortune, the actress came back to the stage and later to the movie set. A Woman Commands (1932) by Paul L. Stein was hailed the masterpiece of the year, but this pertained only to the Polish actress. The press noted the appearance of the new Marlene Dietrich. It was quite a blow for Negri. The Polish actress had her debut 5 years earlier than Dietrich, having multiple successful movies in times when the German star wasn’t able to break through to the forefront. 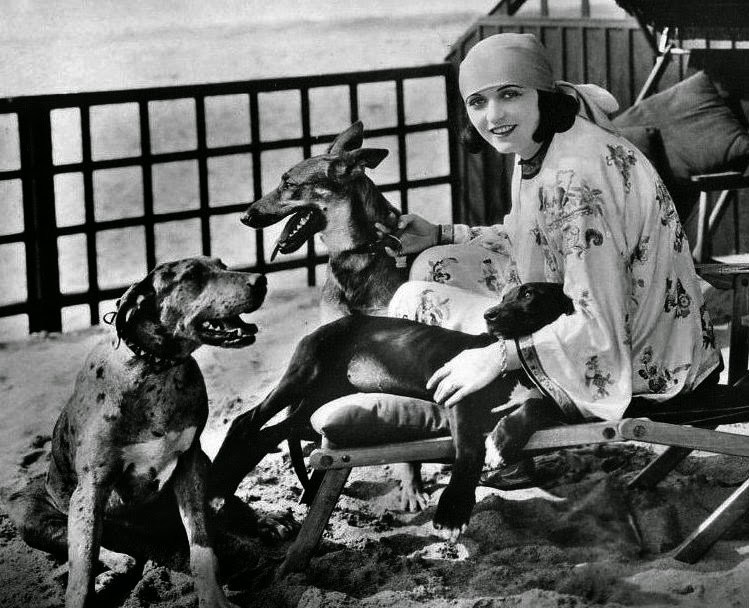 Later, Pola Negri moved to Berlin. Her decision was influenced by the lack of movie opportunities that were supposed to be available in Hollywood. Over the course of three years, she appeared in as many as 7 movies. The audience was downright in love with the charismatic actress, up to the point when Adolf Hitler becomes one of her fans. It had its negative consequences as Joseph Goebbels, the head of the Propaganda Ministry of the Third Reich, was pressing on her to play in a movie promoting the Nazi ideology. The actress bailed out of answering with a characteristic charm, and when the offer was repeated she left for France.

Her isolation from the Nazi dictatorship didn’t last long. When the German marched into Paris, she managed to leave for Portugal, from where she was able to travel to the USA. In 1943, she stars in Hi Diddle Diddle by Andrew L. Stone. However, despite the positive opinions there were no new movie opportunities on the horizon. The Moon-Spinner (1964) is the last movie in which she took part. She played a role of an eccentric. Her return to the silver screen after 20 years transpired to be idle and coloured her decision to withdraw from the Hollywood life. She died in San Antonio, Texas, on 1 July 1987.